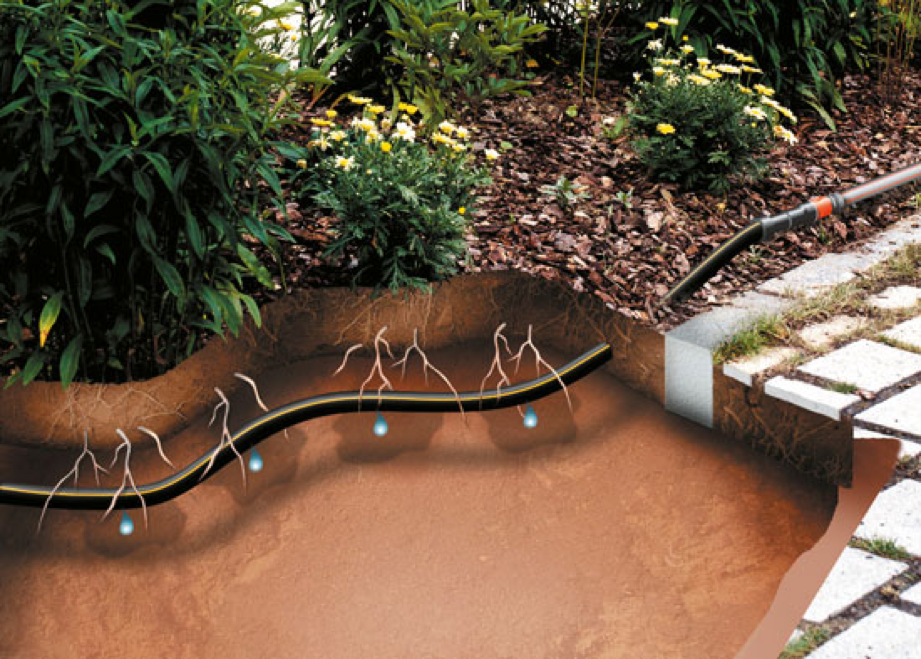 Watering one’s garden, flowerbed, flower pots, small shrubs, or tomato plants, one drop at a time, may seem impossible. However, micro irrigation, also known as drip irrigation, is a well-known process that saves limited resources such as time and water.

Since the invention of sprinklers in the 1930s, micro irrigation is the most important innovation in the agricultural sector. Sprinklers are static devices which project water drops at great distances with a rotary pulse system. For some, sprinklers are synonymous with refreshing memories of pasts heatwaves. Remember? 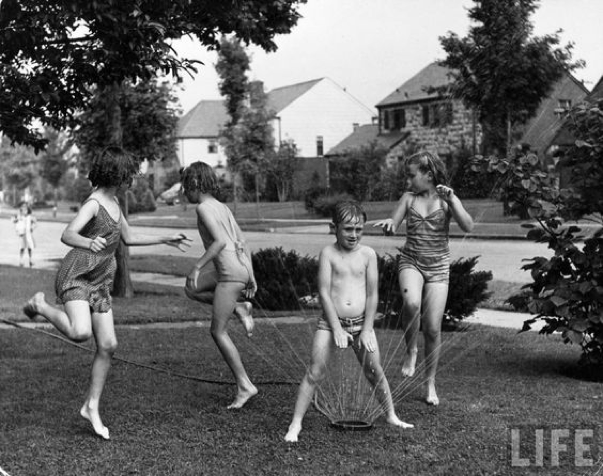 …Even though sprinklers are fun, they are not suitable for gardens and flowerbeds. Indeed, sprinklers allow more than 70% of water to evaporate. Fortunately, drip irrigation has emerged and is becoming more and more eco-friendly.

According to the Montreal Botanical Garden, drip irrigation is one of the best watering methods for optimum use of water; since drip irrigation releases water only to specific places, it uses much less water than sprinklers. As a result, weed growth is also reduced to a minimum.

“Water is released slowly, without settling the soil. Water losses through evaporation are limited and plants’ foliage does not get wet, which reduces the risk of fungal diseases.”

A Bit of History

Originally made of clay pipes, drip irrigation was developed in Germany in the 1860s. With the arrival of plastics after the Second World War, microtubes and various types of transmitters were designed. However, the concept of modern drip irrigation known and used today was invented in Israel by Simcha Blass and his son Yeshayahu. Instead of releasing water through tiny holes that are easily obstructed by tiny particles, water is released through bigger and longer passages by using friction to slow down the water inside the plastic transmitter. The first experimental system came into being in 1959. Countries with a more arid climate, such as Africa and Australia, were pleased by the invention. Afterwards, the concept spread throughout Europe, the United States, and now grows quietly in Canada.

In order to ensure the optimum development of plants, drip irrigation aims to automate the right distribution of water. Water is distributed close to the roots thanks to the modular programming principle (watering timer), water pressure regulators (master unit), UV-resistant pipes (pipe and pipe guidance), and various types of emitters commonly called inline drip heads or spray nozzles. Today, because of the constant improvement of drip irrigation systems over the years, parts simply fit just like Legos bricks. 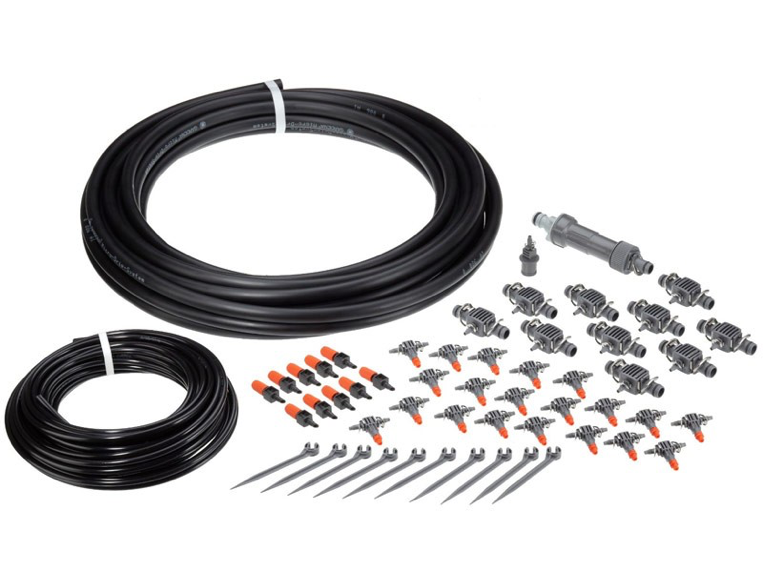 The concept is to let the water drain slowly to the roots of the plants either by pouring it on the surface of the soil using a pipe (above-ground drip irrigation), or irrigating directly in the rhizosphere (the narrow region of soil where the roots take shape) using pipes installed in the soil. In that case, one can then speak of below-ground drip irrigation.

On the one hand, above ground drip irrigation is used for small flowerbeds such as gardens, vegetable gardens, as well as flower pots. On the other hand, the system also applies to larger plants and shrubs. Indeed, each dripper can pour 1 to 20 liters per hour.

It is possible to enlarge one’s toolbox with some accessories for specific needs. Anyone can add parts, connectors, spray nozzles, pipe guidances, endline and inline drip heads, fertilizer dispensers, etc. Actually, the irrigation network expands according to the size of your projects.

Program a fair amount of water

There are different watering timers to manage water usage optimally. Some systems allow users to control the duration and watering frequency. Creating pre-programmed cycles can be done by directly selecting the type of soil and vegetation. Others are combined with a humidity sensor or a pluviometer allowing plants to receive the exact amount of water, especially for blossoming. Liquid fertilizers can be added to a system-integrated dispenser to further promote growth.

The timer is connected directly to an external water outlet and connected to the main pipe (supply pipe). Simply open the faucet and enter the controls in the watering programmer. It is also possible to draw water from a rain barrel. However, the use of lower quality water requires some maintenance measures to avoid contamination of soils.

Consuming less water is a necessity in the current context of population growth at the expense of our limited natural resource. Drip irrigation is an ecological and sustainable solution. If properly maintained, micro-irrigation systems can last for 15 to 20 years. Long live small and large green projects!

In the next article, we will discuss how to install an irrigation system from the water outlet to the first drop!